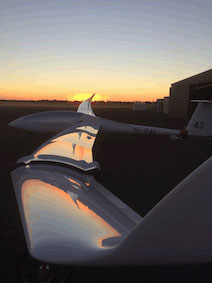 We have been shipping containers between the Netherlands and Australia for several years now. We started in 1998 with two contaners and the maximum we shipped in one year was six.

On schedule and only packed by the very experienced Grietje and Francesco to make sure that all gliders get a safe out and return. Why so serious about the packing? Just because it is not a Sunday afternoon job and we realize that we are taking care of your very expensive gliders. 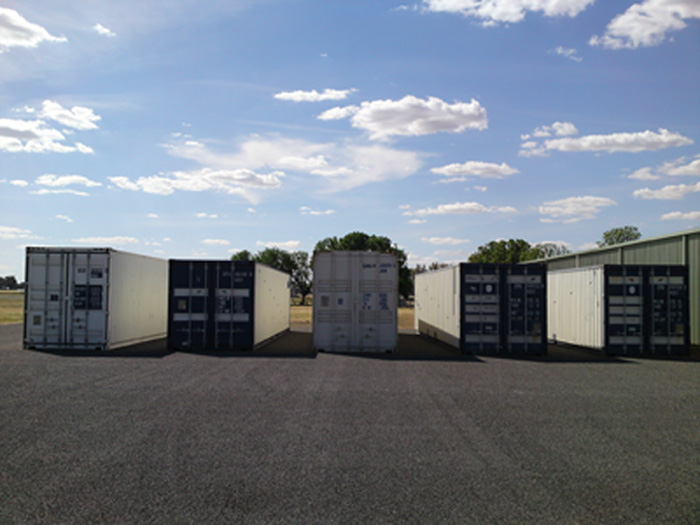 We own and operate unique 40ft sea containers to ship 6 gliders per container.

Before we could send the first container
(1998) we had to make a special design. We made a design on the principles of a glider trailer. Together with Gert Buitink, the owner of GEBU trailer, we built the first container named BLUE. The first trip was a successful trip and as a result of the demand of container places we diecided to built a second one. In June 1999 we made some improvements on the BLUE container en built the second one named RED. In April 2001 we built a third container named GREEN for the transport of the gliders owned by the cusomters of the Australian Soaring Centre Corowa.

With all the knowledge so far we made
more improvements and designed a high cube container so we also can transport gliders llike the Duo Discus and DG1000 without the risk of any damage. In August 2005 we finished this 4th container named WHITE.

We take care of ALL the paperwork, concerning the transport from Europe to Australia. The only thing for our members to do, is deliver the glider and help with the packing, fly in Australia, help your own glider packing again and pick it up when it's back in The Netherlands after the Australian season. 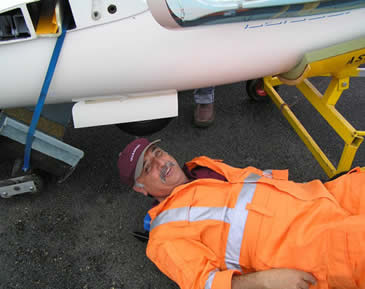 The Australian Quarantine Inspection Service (AQIS) requires clean gliders. Gliders have to be cleaned and free of material of animal and plant origin and soil. Before we are allowed to unpack the containers AQIS will inspect every glider. Especially the undercarriage, tail- nose- and wing wheels. To be allowed to unpack at our airfield we have to be an "AQP" Approved Quarantine Premisses. A lot of inspections and certificates are involved to become an AQP. 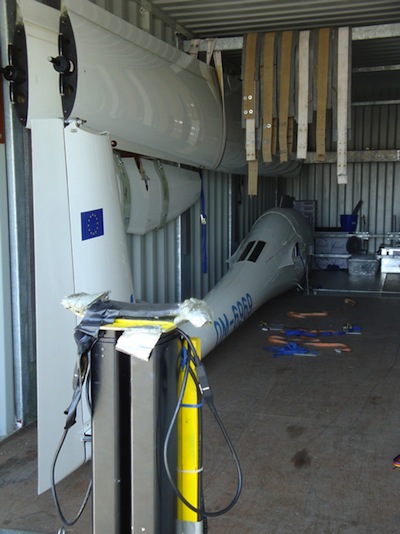 After a few years lifting the wings by hand and damaging our backs we develloped and built a lift to make it easier to lift the wing to the top of the container.